Usually when a book is made into a movie, one is better than the other. A few months ago my friend Michelle insisted that I get The Martian. With the end of school years stresses, I never finished the book. Last week I was invited to visit NASA’s Johnson center in Houston as an education blogger. I also found out that I would be meeting some of the cast and getting to watch a preview of the movie. I finished the book. Probably one of the most amazing books I ever read. My inner geek loved not only how cool it was to imagine someone on Mars, but how realistic and possible it actually was. Then add how lovable and hilarious Mark Watney, the Martian, is, it’s the perfect book. 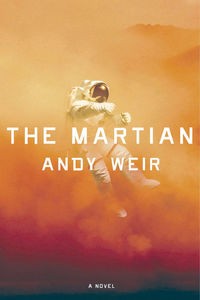 After a day of press conferences with the cast and astronauts I was pretty pumped to see the movie. First, let me just say, walking into a movie theater carrying a large red Icee and looking up seeing about 20 real astronauts sitting around you is a tad bit intimidating. But I was excited see the movie, even better, weeks before it comes to theaters. I was sitting next to astronauts watching Mark Watney, who I was loving before I found out was Matt Damon, in 3D. Can’t imagine a better way to spend an afternoon.

So… The movie was amazing. Just as amazing as the book. I don’t think I have ever been able to say that. The few parts were a tad different but it stayed true to the writing. 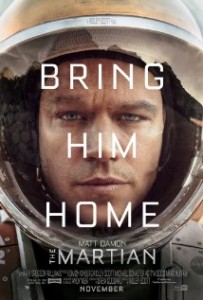 So why am I writing a movie and book review on my blog? Not typical topic here. And I can promise you it’s not to brag. I have a reason and as usual, I just took the long way getting there. Movies and books like this are insanely important. Think about the first time you saw a space movie, Star Wars or Apollo 13, whatever that movie was, did it get you thinking out what it would be like to travel into space?Movies like this inspire kids to learn more about space and want to be part of the space problem. This is no different than a kid going to a football game and leaving wanting to be a starting quarterback or the cheerleader sticking her liberty.

What else did we learn from this book and movie? The beautiful and painstaking art of problem solving. Every single day Watney gets up and goes through the scientific method for something else trying to stay alive. Some days he fails. After he gets angry about it, he looks at the failure and fixes the problem. He doesn’t let getting left alone on Mars or blown up stop him. Nope he looks at one small part of his problem and fixes it bit by bit. His ability to hone in on one thing at a time amazed me and ended in succes. This is the skills we need to be teaching our students everyday. This is science. I say time and again, science has got to stop being reading comprehension. It has to be inquiry. It has to be problem solving. Watney would’ve died if he only knew how to read a chapter, listen to lecture, and answer questions about the facts.

I know, Watney is not real. I get that. So how close are we to getting humans on Mars? The estimated time frame when it comes down to us as educators. Students in middle and high school now will be the astronaut class that goes to Mars. Not only that, but, it takes thousands of people to train and support one astronaut. We probably have 15 to 25 years to produce these scientist. If you teach reading comprehension instead of real science and STEM, the odds of your students being part of this are dwindling. If we all band together and start focusing on problem solving, teaching students the importance of teamwork, and getting them the STEM skills they need, we may have people heading to Mars by 2030.

Mars can happen in my lifetime. I would have never believed that 15 years ago. Orion has already taken its first test flight, and it worked. We have Scott Kelly in the ISS for a year. That is a huge step because we have the technology to get humans to Mars, we just don’t have the human body ready for it. Scott Kelly’s year in space is a first step in preparing humans and foreseeing problems. We have landers, probes, and rovers on Mars or preparing to make a trip. It’s close. It’s really close. But while NASA is preparing the human body, us as educators need to prepare the human mind. That’s why we went into education to start with, right? It’s time. We need to step up and get kids interested and prepared to be part of history.

Here are some great starting places to get resources for your students. If you have older students, recommend them to go spend some time with Mark. 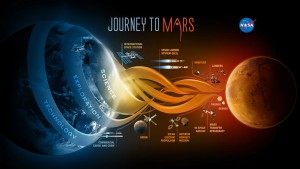